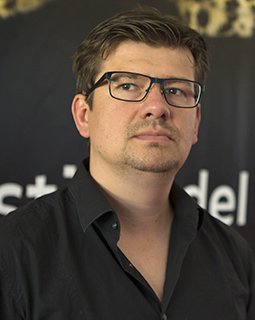 Born 1978 in Chisinau, Republic of Moldova, is a director and screenwriter. He studied law in Bucharest and Chişinău. Since 2000 he has been living in Vienna and is studying International Studies at the Diplomatic Academy. He then studied directing at the Vienna Film Academy and has been working as a filmmaker ever since. His films are shown at numerous international festivals. Pavel Cuzuioc lives and works in Vienna.
Films (selection): TROIS FEMMES DE MOLDAVIE (2006, short), DOINA GROPARILOR (2010), RAISA (2015), SECONDO ME (2016).