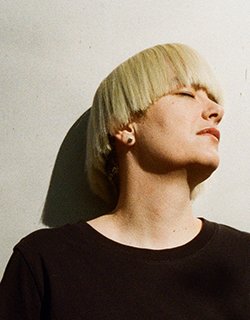 Marta Popivoda is a filmmaker and video artist. Her feature documentary Yugoslavia, How Ideology Moved Our Collective Body, premiered at the 63rd Berlinale, and it's part of a permanent collection of MoMA New York. Her work has also featured in major art galleries, such as Tate Modern London, MoMA New York, and MAXXI Rome. Her new film Landscapes of Resistance premiered in the Tiger Competition of the IFFR 2021 and won several awards.