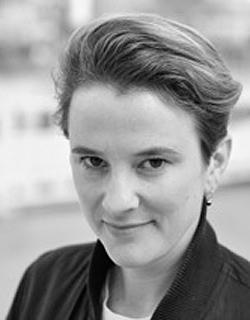 Eva Trobisch was born in 1983 in Berlin and is a German filmmaker. She studied at the University of Television and Film Munich in Munich. With her graduation film ALLES IST GUT (2018), she wins the Young Talent Award at the Locarno Festival. The film received the award for Best Newcomer Film in two categories at the Munich Film Festival.