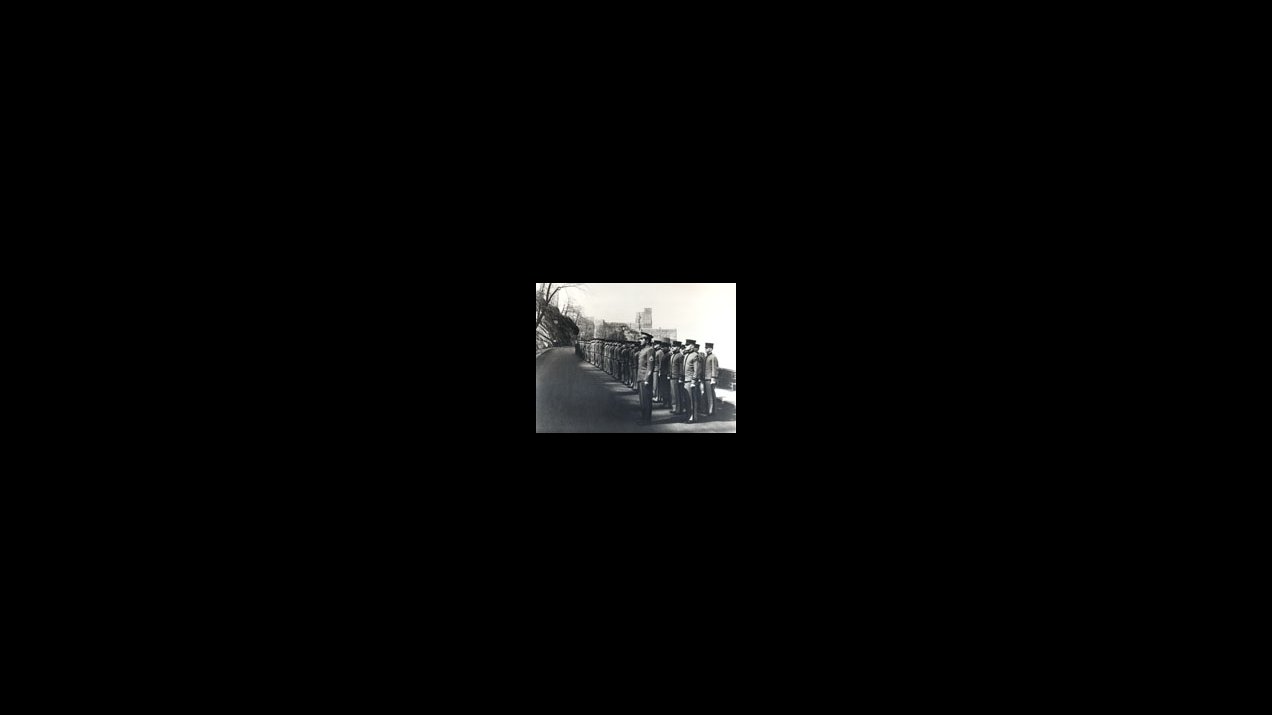 John Ford cast former matinee idol Tyrone Power against type in the true story of Marty Maher, a humble Irish immigrant who rose through the ranks to become one of West Point's most revered instructors. Arriving at the hallowed military academy near the turn of the 20th century, Maher first gets a job as a cafeteria dishwasher but realizes that the enlisted men receive better treatment and quickly becomes one. The life of military discipline is no easier for the Irishman, and he soon finds himself in the guardhouse after getting in a fight with an officer he mistakenly accuses of a crime. Upon his release, Capt. Herman Koehler (Ward Bond), who saw the fight and admired his pugilistic skill, offers Marty a job as the school's boxing coach. Koehler also introduces him to the quiet Irish-born cook, Mary (Maureen O'Hara), who will become his wife. As the years pass, Marty's role expands beyond his place in the athletic department as he gradually becomes one of the most beloved characters in the school's history, a second father to thousands of grateful cadets. This warmly sentimental, typically Fordian tribute to a life of service--the director's first film following a year off because of eye surgery--features a fine performance by Power as the volatile, big hearted Hibernian.

I have been accused of being interested in masculine subjects. War and prison life have fascinated me over the years. But is that so strange? I have lived through the experience of two world wars. I myself have experienced the hell that is war. But I have also learned about friendship, bravery, and deprivation. And back home in Ireland, I learned what a poor life means in a barren climate. And the sea, and the hardship of men at sea have fascinated me since early youth. Would I not then have betrayed my ideals, my thoughts, and my ancestors, if I hadnt given men like that a well-deserved celebration in my films? If I hadnt chosen to tell about poor, simple people and their hard struggle for existence?
With that, John Ford lit a cigar.
John Ford talking with Bert Miller, 1955