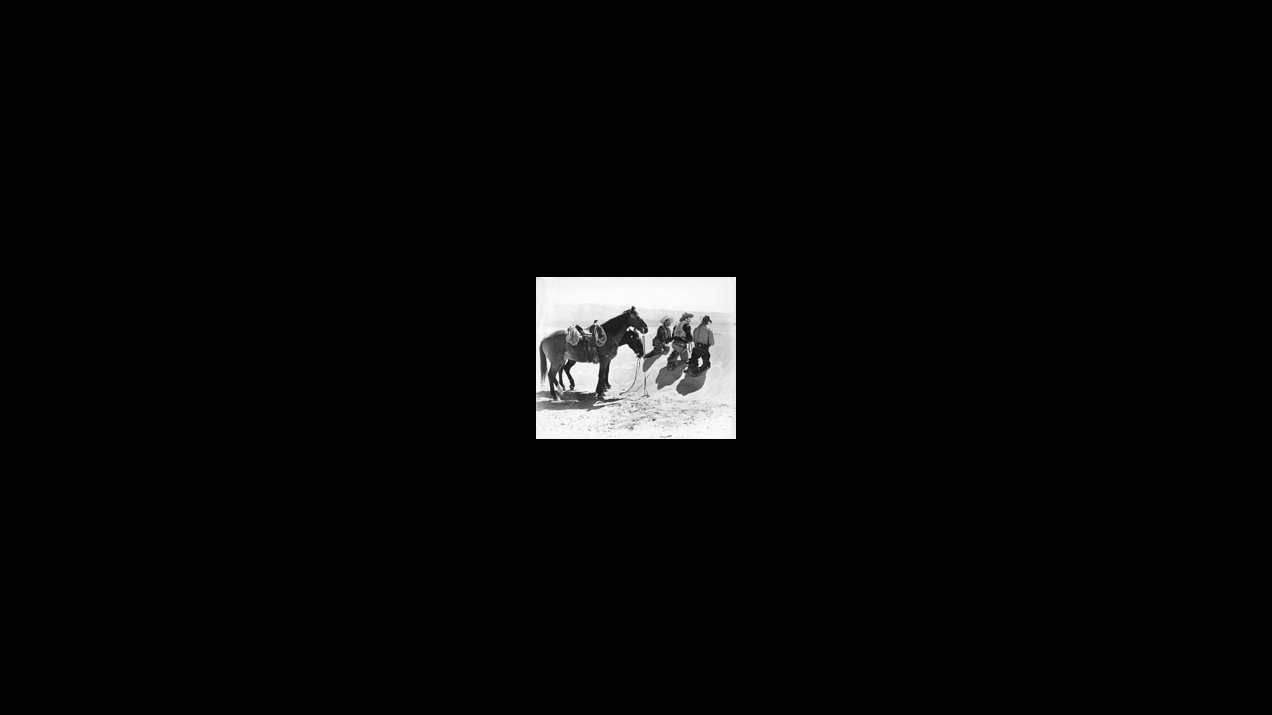 In John Ford's <i>3 Godfathers</i>, based on Peter B. Kynes's allegorical novel about a trio of bandits, Robert Hightower (John Wayne), Pedro Roca Fuerte (Pedro Armendariz), and William Kearney, aka the Abilene Kid (Harry Carey Jr.), robs a small-town bank in Arizona under the nose of Sheriff Buck Sweet (Ward Bond). Although Abilene is wounded, the trio makes a clean getaway, with Buck's posse in close pursuit. Realizing that Buck has set a trap for them at the Mojave water tank, the bandits head toward Terrapin Tanks but lose the trail and their horses in a terrible sandstorm. Now on foot, they find the tanks defunct but come upon a lone covered wagon with a woman (Mildred Natwick) about to give birth. Although they're able to deliver the baby, the mother dies--but not before getting the bandits to promise to protect her child. Ford's sentimental tribute to the great Western icon Harry Carey Sr. (The screen dedication reads, \"To the memory of Harry Carey, bright star of the Western sky\"), who starred twice in silent versions of the story (including Ford's 1919 film <i>Marked Men</i>), <i>3 Godfathers</i> features fine performances by Carey's son and by Wayne, who developed his famous persona in part by emulating the elder Carey's onscreen expressions and mannerisms. An air of tender inspiration permeates the film, which combines rousing action scenes with surprisingly subtle moments of self-sacrifice, redemption, and love.

I hate the cinema. But I like making Westerns. What I like in filming is the active life, the excitement of the humming of the cameras, and the passion of the actors in front of them, the landscapes on top of that, the work, work, work It takes a huge physical effort to remain lucid and not to fall in the traps of aestheticism and, above all, intellectualism. What counts is what one does and not what one says. When I make a Western, all I have to do is to film a documentary on the West, just as it was: epic. And from the moment that one is epic, one cant go wrong. Its the reality, outside time, that one records on the negative. My biggest pride is not having signed so many films, but having been a cowboy at fourteen. The thirteen dollars that I made represented a bigger fortune than anything I have earned in thousands of dollars from my films. That was when I was rich.<i>
</i> talking with Eric Leguèbe, 1965