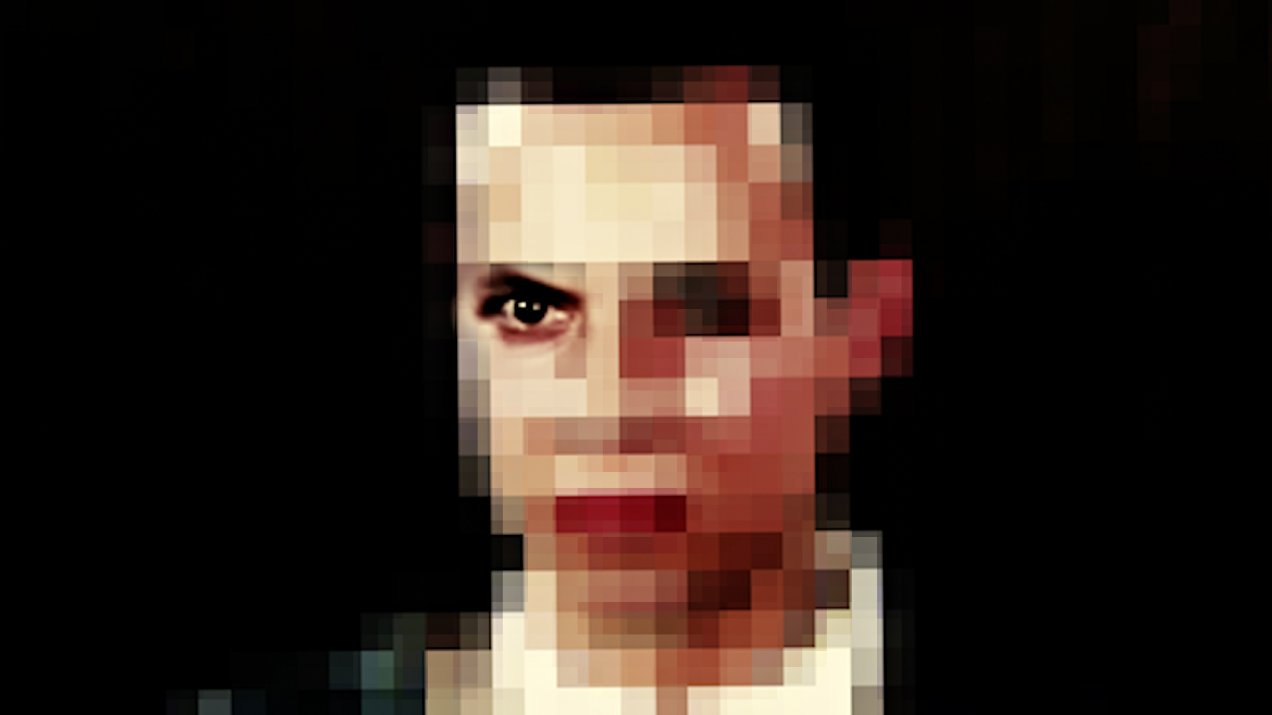 The Viennale has managed to procure Lucrecia Martel, a great director of world cinema, to produce its traditional festival trailer. With only four feature films in sixteen years, the filmmaker, who was born in Salta, Argentina, has created a small but impressive oeuvre that establishes her status as one of the most important representatives of contemporary cinema. Her works are highly independent contributions to the history of film. Interpretable in many ways and endlessly appealing, they try to capture the complexity of human existence in the seemingly banal.

In the almost two-minute film AI, which Lucrecia Martel created at the Viennale’s invitation, a single shifty eye looks out from a heavily pixelated image; a mouth is vaguely visible and declares: “I am not completely like other people.” Is AI coming to life here, entering a world that’s still foreign to it and that crackles, scratches and echoes? And how does our view of this eerie image change, knowing that the pixels are superimposed on a historical recording from 1961 that documents the anamnesis of a catatonic schizophrenic?

“Lucrecia Martel is one of the most interesting and proactive directors of contemporary cinema. She’s constantly in search of new ways of expressing images and sounds,” says Viennale director Eva Sangiorgi, delighted about the festival trailer. “Even in this small film for the Viennale, the work on the sound track is particularly sophisticated. In addition, the combination of different sources is suggestive and unsettling, and it has social value.”