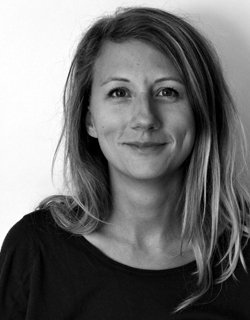 Born in 1980 in Aargau / Switzerland, is a Swiss producer. Aline Schmid studied social sciences in Fribourg as well as screen writing in Stuttgart. After several engagements at Swiss and international film and music festivals, she became Head of Distribution for Cineworx in Basel in 2006. She then worked as a producer at Intermezzo Films before setting up her own production company "Beauvoir Films" in 2016. Aline Schmid produced SONITA (Sundance / IDFA Awards), BROKEN LAND (Locarno, Rotterdam) and CANTOS (Dok.fest Award).