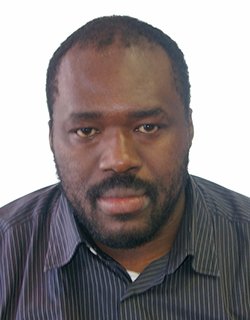 Aboubakar Sanogo is an Associate Professor in Film Studies at Carleton University in Ottawa, Canada. He is cross-appointed with the Institute of African Studies (IAS), the Institute for Comparative Studies in Literature, Art and Culture (ICSLAC) and the Curatorial Studies Program. His research interests include African cinema, Afro-diasporic cinema, documentary film and media, transnational and world cinema, film archiving and film heritage, colonial cinema, postcolonialism, race and cinema and the relationship between film form, history and theory.

His writings have appeared in Cinema Journal, Framework, Moving Image Review & Art Journal, Rethinking History, Journal of Film Preservation, Film Quarterly, Sight and Sound and Film Comment. He is currently completing two manuscripts on the history of documentary in Africa and on the cinema of Med Hondo and an anthology on the legendary director.