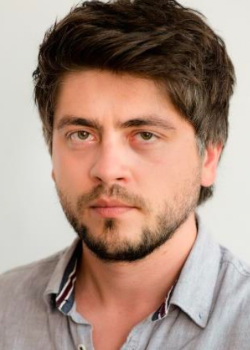 Robi Urs has graduated the InLight Acting Classes between 2012-2014. He was involved in various independent theater projects that were produced by InLight. In 2014 he began to shoot for the fourth feature film of Adrian Sitaru ILEGITIM. The Film was selected in Berlinale Film Festival 2016 (FORUM section) and was awarded with the “C.I.C.A.E. Award”.

In 2021 he plays in BLUE MOON, the debut of the director Alina Grigore which receives the “Golden Shell” for best movie at San Sebastian International Film Festival. Robi Urs is a Berlinale (2019) and Sarajevo (2020) Talents Alumni.