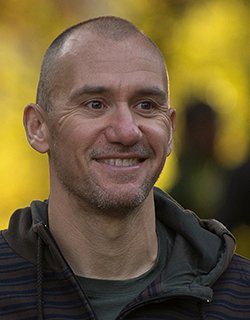 Radu Muntean was born in Bucharest, Romania. He graduated from the Romanian Theatre and Film Academy — the Film Directing section in 1994. He has directed and written 7 features and a documentary. His films premiered in Quinzaine des Realisateurs, Locarno International Film Festival and Un Certain Regard — Cannes Film Festival. His films were distributed in several countries, being well received both by the audience and by publications such as Variety, Hollywood Reporter, Le Monde and Le Figaro.