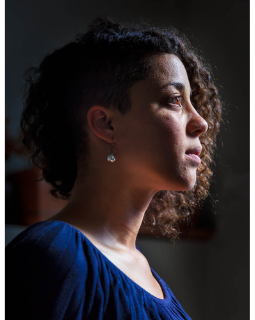 Maéva Ranaïvojaona is a French filmmaker with Malagasy origins. She graduated from the National Fine Art Academy of Dijon and Bourges, France. After couple of years working as an artist's assistant ( among them Ernesto Neto - Brazil, and Kristina Solomoukha - France ), she worked as a first director's assistant beside young filmmakers in Paris and Berlin. She wrote, produced and directed two short films, that have been shown and awarded at several international film festivals among them the International Film Festival Rotterdam and Cannes Film Festival. Since 2017 Maéva Ranaïvojaona works as a screenwriter, filmmaker and producer at Subobscura Films company. She currently lives and works in Paris and Vienna.