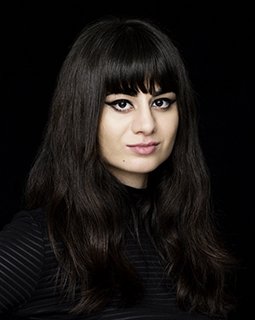 Born in Iraq in 1990, is a director and screenwriter. She studied painting and experimental animation film at the University of Applied Arts in Vienna and performative art at the Academy of Fine Arts in Vienna. Since 2010, her short films have been shown at national and international festivals and have received several awards, including the MehrWERT Kurzfilmpreis at the Viennale in 2011 and 2012, the Vienna Independent Shorts Newcomer Prize and the prize for best short feature at the 2019 Max Ophüls Film Festival. Her first feature film, the documentary PARADIES! PARADIES! is shown at international festivals and wins the prize for the best camera at the Diagonale 2016. Kurdwin Ayub is currently working on her first feature-length film SONNE, produced by Ulrich Seidl. She lives and works in Vienna.
Films (selection): MUTTERKINDPASS (2009), KAISERSCHNITT (2010), HOMEVIDEO (2010), DIE INTRIGE UND DIE ARCHENMUSCHELN (2010), SOMMERURLAUB (2011), SEXY (2013), PARADIES! PARADIES! (2016), BOOMERANG (2018).