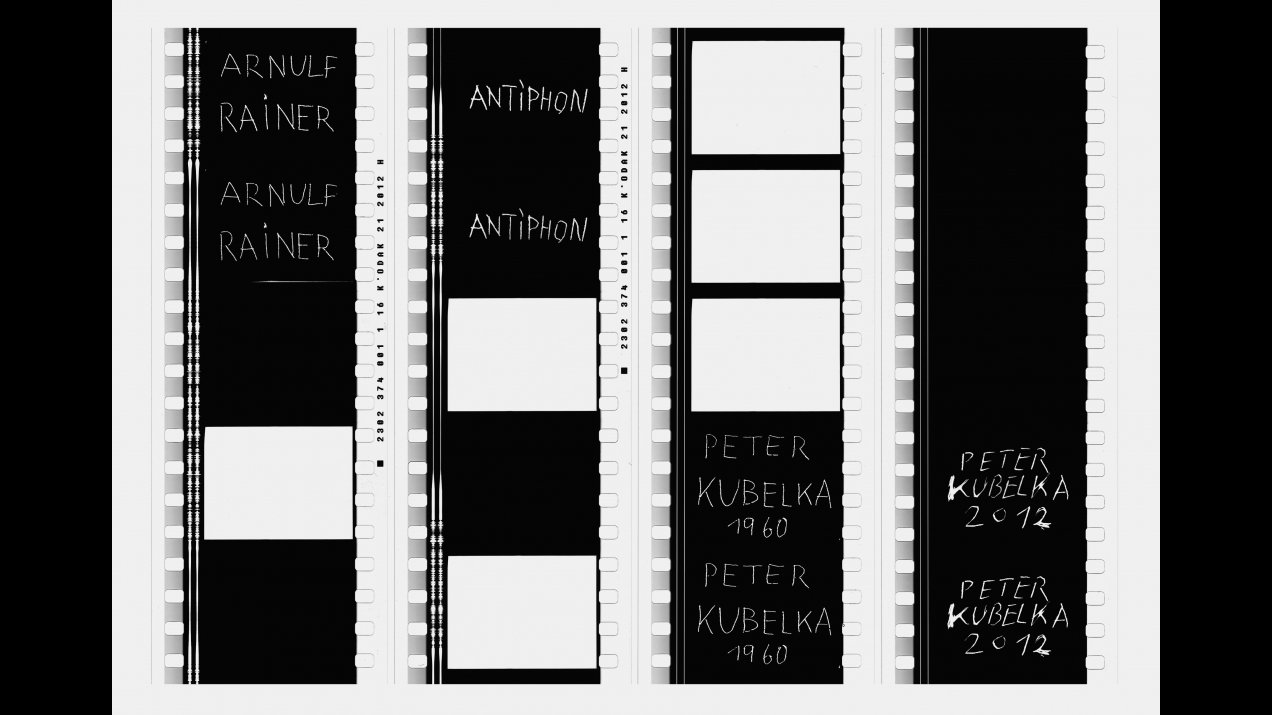 An evening with Peter Kubelka

In May 1960, Peter Kubelka shocked the Viennese public with six-and-a-half minutes of audiovisual, what seemed like anarchy. His experimental film Arnulf Rainer explores the four cinematographic elements – light and dark, sound and silence – and “is a countermeasure to the dominating emotional motion picture” (Jonas Mekas), “celebrates the disempowerment of the camera as a film-generating machine” (Stefan Grissemann), “has the raw, primitive power of a natural phenomenon” (Fred Camper).
In the meantime, Kubelka, one of the central figures of avant-garde film, no longer has to prove the relevance of his work to anyone. Back then, however, at the end of the screening, the theater that had been full to the brim was almost empty. Because of Arnulf Rainer, remembers Kubelka, he lost most of his friends. All the same, Kubelka hasn’t forgotten the powerful effect of his film that stripped cinema down to its essentials, and now, with Antiphon literally presents the answer to Arnulf Rainer: what was white before is now black; where there was sound there is now silence.
Together, the two films are part of the project Monument Film, which consists of the forms projection and installation and can be imagined in the following way: Arnulf Rainer screened first, then Antiphon; then Arnulf Rainer and Antiphon doubly projected next to each other and then, finally, one superimposed over the other. And to go with it is a spatial installation in which frames from Arnulf Rainer and Antiphon will each be cut into 128 equally long strips, in rectangular and equal forms hung up on nails – on the left, Arnulf Rainer, on the right, opposite, Antiphon; in the center, both superimposed on one another, they produce a black square. Monument Film is part of what Kubelka calls the “hostile takeover” of analog cinema technology by digital media, and should be understood as a “call to dogged resistance.”

In the presence of Peter Kubelka.