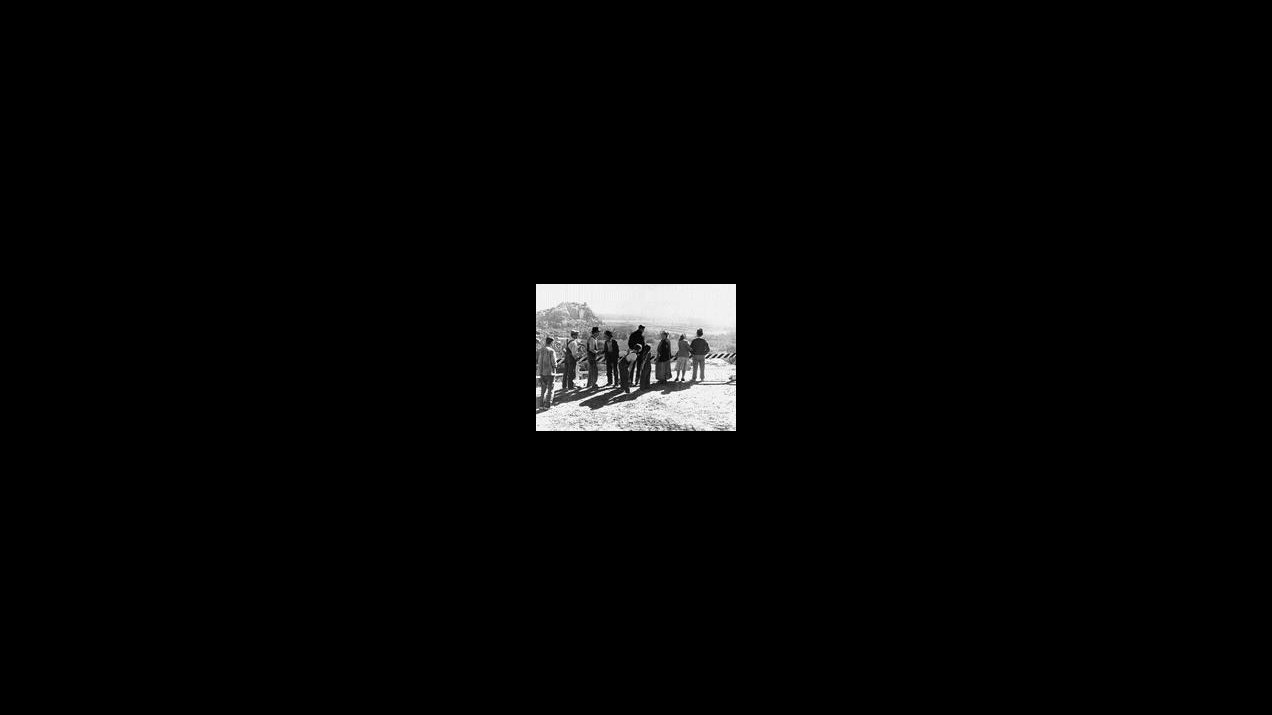 One of the most spectacular productions of the 1930s, <i>Hurricane</i> opens on the idyllic South Sea island of Manakura with the marriage of two of the indigenous people, Terangi (Jon Hall), a ship's first mate, and Marama (Dorothy Lamour), the daughter of the chief. After a brief honeymoon, Terangi ships out for Tahiti, where on arrival he relaxes at a bar with his shipmates. There, threatened by a white man, he is forced to fight, and he breaks the man's jaw, a crime that carries a penalty of six months in jail. A spirited defense by his captain (Jerome Cowan), who knows that confinement will be unbearable for Terangi, is insufficient to persuade Delaage (Raymond Massey), the French governor, to alter the sentence. After an escape attempt, an additional year is added to Terangi's time, and Delaage refuses to intervene. As the years pass, Terangi continues to attempt escape, finally succeeding and returning to Manakura after an eight-year absence--just in time to be confronted with one of the most savage natural disasters ever to hit the island. The devastating hurricane, the true star of the film, was created by special effects wizard James Basevi, who used enormous wind and wave machines along with an elaborate network of pipes and holding tanks to destroy the native village he had built. Associate director Stuart Heisler (whom director John Ford acknowledged as the driving force behind <i>Hurricane</i>) threads the mayhem into an engaging narrative to create a highly enjoyable film that stands as a landmark in the Hollywood disaster genre.

«Usually I take the story,» he told me, «and get every line of printed material I can find on the subject. And then I take the boat and simply cruise until Ive read it all.
<i>I eat, sleep and drink whatever picture Im working on read nothing else, think of nothing else; which is probably the reason the continuity and mood of my products stay at an exact level.
</i>John Ford talking with Howard Sharpe, 1936