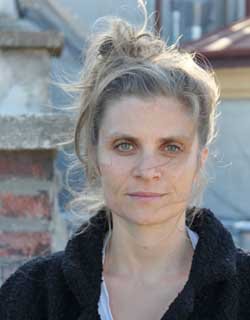 Born 1978 in Baden near Vienna. Artist and director. Studied at the Academy of Fine Arts Vienna. She has worked for ORF, the Austrian Media Library, the Ludwig Boltzmann Institute for Digital History and as a curator. Her films have won numerous awards (including Austrian Art Award 2022, Best Image Design Diagonale'19) and have been screened at international festivals (including Internationale Kurzfilmtage Oberhausen, Visions du Réel, Festival International de Cinéma Nyon).