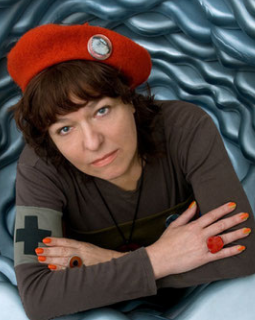 Born in Luxembourg, she works as an artist, filmmaker and producer in Luxembourg and Vienna. Her films have been invited to more than 500 film festivals, including the festivals of Cannes, Berlin and Sundance. They have received numerous awards and have been shown in more than 40 retrospectives on 4 continents. Her artist work has been presented at Biennale di Venezia, the Moscouw Biennale, Centre Pompidou Paris and Lincoln Center New York. She was a member of many juries, including Orizzonti jury at Venice Film Festival.