Win 3x2 tickets for Last and First Men on February 18th at the Festspielhaus St. Pölten! 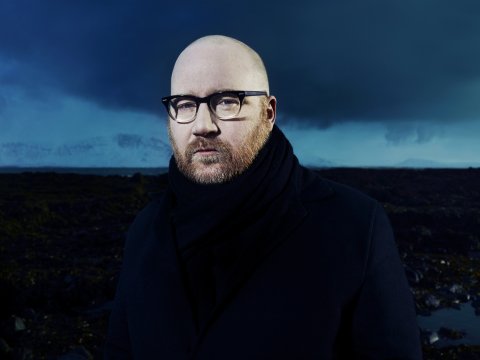 "Listen patiently," a voice from the future implores its listeners. In two billion years, humanity is facing its end. But there is still hope. Images of futuristic monuments appear on a screen, spectacular film footage of war monuments from the former Yugoslavia, weathering as witnesses of past times in a barren landscape. Above them smolders a multi-layered soundscape that combines poetic melancholy with extraterrestrial sounds. In 2018, as Icelandic composer and filmmaker Jóhann Jóhannsson was working on the orchestral score of his opus magnum, he unexpectedly passed away at the age of only 48. With Last and First Men, he left behind a towering Gesamtkunstwerk of music, film and narrative that his closest collaborators: inside were able to complete posthumously. With the narrative voice of Oscar winner Tilda Swinton and through the live music of the Tonkünstler Orchestra under Viktor Orri Árnason, the unique multimedia project can now be experienced as a film concert at the Festspielhaus St. Pölten.
More info